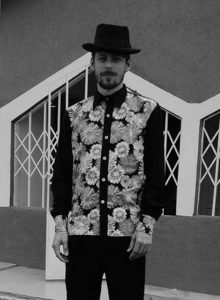 Claudio Jolowicz is a Berlin-based composer, saxophonist, flutist, and keyboarder. He is currently on a hiatus from music, after extensive touring with global funk outfit The Polyversal Souls, Swedish-Ugandan vocalist Jaqee, and early reggae specialists The Magic Touch. Claudio has performed and recorded with many artists from the worlds of Caribbean, West-African, Ethiopian, and Indonesian music. He regularly worked with jazz, funk, soul, hip-hop oriented groups and collaborated with independent, electronic, and experimental musicians. Claudio occasionally composed music for films and commercials.

No shows booked at the moment.